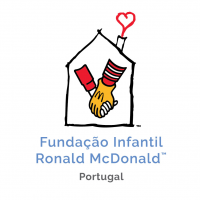 Ball used in the final of Euro 2016 Portugal – France 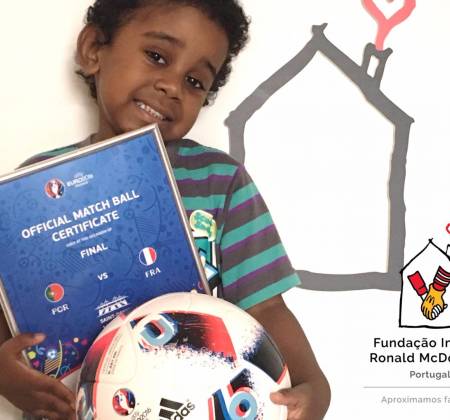 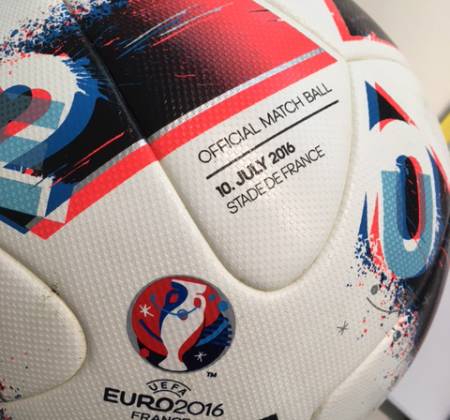 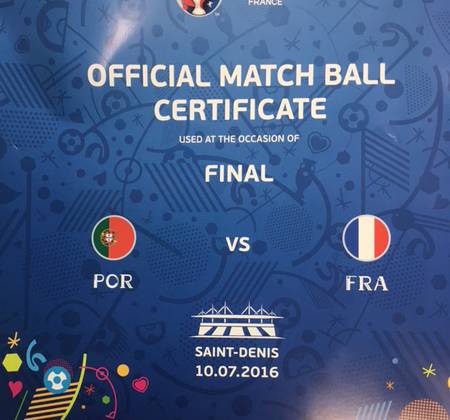 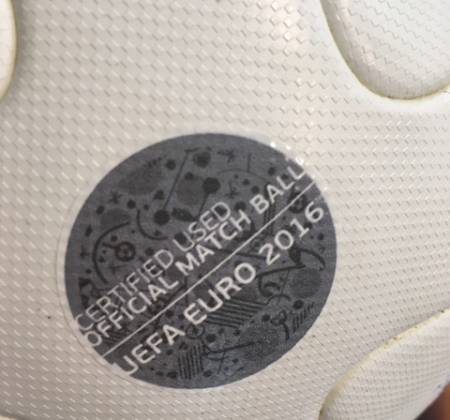 Ball used in the final of Euro 2016 Portugal – France

A year ago this ball made a Nation vibrate. In 2017 the desire is to fill with joy the heart of the families of the Ronald McDonald Family Space, which recently opened its doors in the Hospital Santa Maria, in Lisbon.

The soccer ball that gave the first title of European Champion Football to Portugal in the final of EURO 2016 can be yours!

The total amount raised will go to the Ronald McDonald Foundation for the opening and maintenance of the first Ronald McDonald Family Space in Portugal. This space, which recently opened its doors in Santa Maria Hospital, is a place for the families of the children in treatment, allowing to transform the hospital stay into something less painful.

The ball of the match France-Portugal, which took place on July 10, 2016, and with which the Portuguese player Éder scored the winning goal, is accompanied by the certificate of authenticity of UEFA, thus proving that it was the ball used In the game of victory.

The money raised in this auction, reverts to the Ronald McDonald Children's Foundation and in particular to its new program, the Ronald McDonald Family Space, which recently opened its doors at Hospital de Santa Maria - Centro Hospitalar Lisboa Norte (CHLN).

The Ronald McDonald Family Space has the partnership of the Centro Hospitalar Lisboa Norte and the Association for the Children of Santa Maria (ACSM). Through this Space, located inside the Santa Maria Hospital, the Ronald McDonald Children's Foundation continues to bring families and their children closer together and contribute to their well-being. It is a space where families can be, rest, wash their clothes and prepare their meals in a more familiar environment, continuing to closely monitor their children, who are being treated at the Hospital.

In Portugal, the Ronald McDonald Children's Foundation currently has Ronald McDonald Houses as its main programs, located in Lisbon and Porto - which in total have already welcomed more than 1,600 families. Join now the first 'Ronald McDonald Family Space'.
A cause that is well worth supporting.