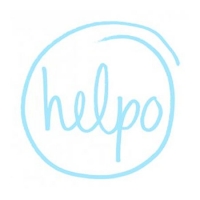 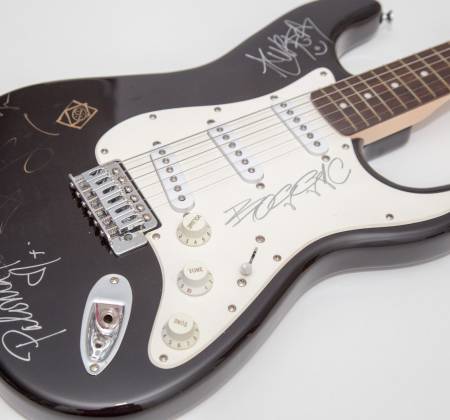 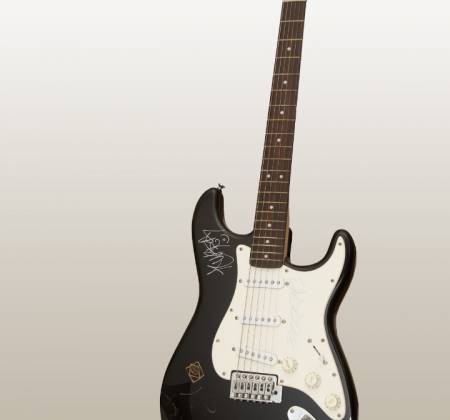 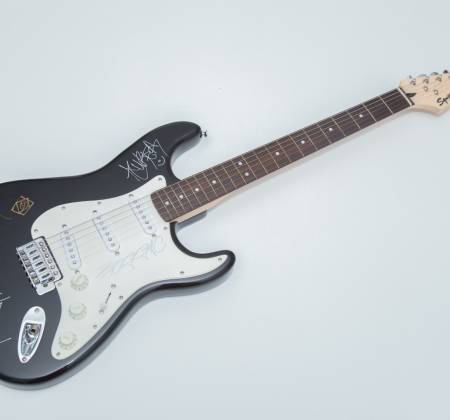 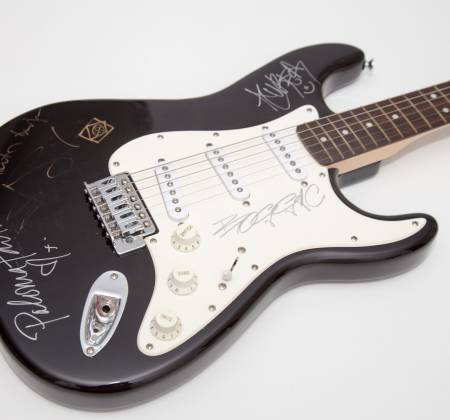 Proceeds support Associação Helpo.
Help to promote this cause

Rock in Rio donated the guitar that was signed at Rock in Rio Lisboa in 2014.

Helpo supports the most vulnerable populations in Portugal and several developing countries, including Mozambique where they have been working for 11 years. Currently, they have an emergency field mission to assist victims of the cyclone that devastated parts of the country.

Helpo has been providing food support to several affected families and needs urgent support to help 280 people who have been homeless and sheltered in a high school in Miezé, without access to food. More than 490 houses that were totally or partially destroyed by the cyclone need to be rebuilt in the regions of Silva Macua, Mahera, Miezé and Ngoma, as well as schools and other important infrastructures.

The amount raised will help the populations in Mozambique that were devastated by cyclone Kenneth.

The guitar is located at Braga - Portugal.